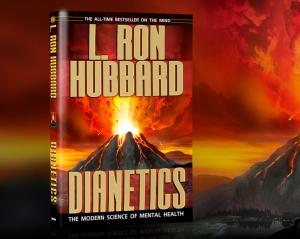 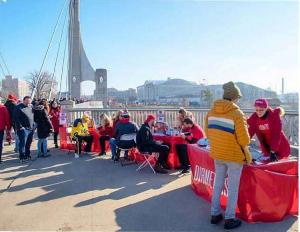 COLUMBUS, OHIO, UNITED STATES, January 7, 2023 /EINPresswire.com/ — The color scarlet has taken on new meaning since the November 2019 opening of the Church of Scientology of Central Ohio. The color signifies the Buckeye Nation—Ohio State University. But it also represents the #1 best-selling book on the mind—”Dianetics: The Modern Science of Mental Health.” And this is the book that can put people in charge of their own state of mind.

Scientologists bring their Dianetics booths with their bright red banners to the Ohio State Fair, the Red, White & Boom Festival on Independence Day, and “stress test” tables in high-traffic areas throughout the year.

“Dianetics is an adventure,” wrote L. Ron Hubbard in the introduction to the book. “It is an exploration into Terra Incognita, the human mind, that vast and hitherto unknown realm half an inch back of our foreheads.” And this is no less true today than it was on May 9, 1950, the day the book started rolling off the press.

Case in point is a message from one person who recently discovered the difference Dianetics can make in his life: “When you have no hope left it’s huge to know that there actually is a way out. I have been given hope in my life again, and everything has become bright and positive.”

Within weeks of the first publication of “Dianetics: The Modern Science of Mental Health,” it soared to the top of the New York Times bestseller list where it remained for 26 consecutive weeks.

“Dianetics: The Modern Science of Mental Health” was designed as a handbook for anyone to pick up and use. To make it even easier to get going, Scientology ecclesiastical leader Mr. David Miscavige saw to the production of “How to Use Dianetics,” a series of films providing a concept-by-concept presentation of the book. These films constitute a visual guide to the human mind. Containing all the discoveries and procedures laid out step-by-step for total understanding, they make it simple to team up with someone and help each other with Dianetics.

“Dianetics: The Modern Science of Mental Health” and “How to Use Dianetics” films are available in 50 languages. The films form the foundation of the Dianetics seminar, available at the Church of Scientology of Central Ohio and at Scientology Churches and Missions on six continents.

The Church of Scientology of Central Ohio is an Ideal Scientology Organization, dedicated by Mr. Miscavige in November 2019. The Church is designed to provide ideal facilities for Scientologists on their ascent to higher states of spiritual freedom and to serve as a home for the entire community—a meeting ground of cooperative effort to uplift people of all denominations.