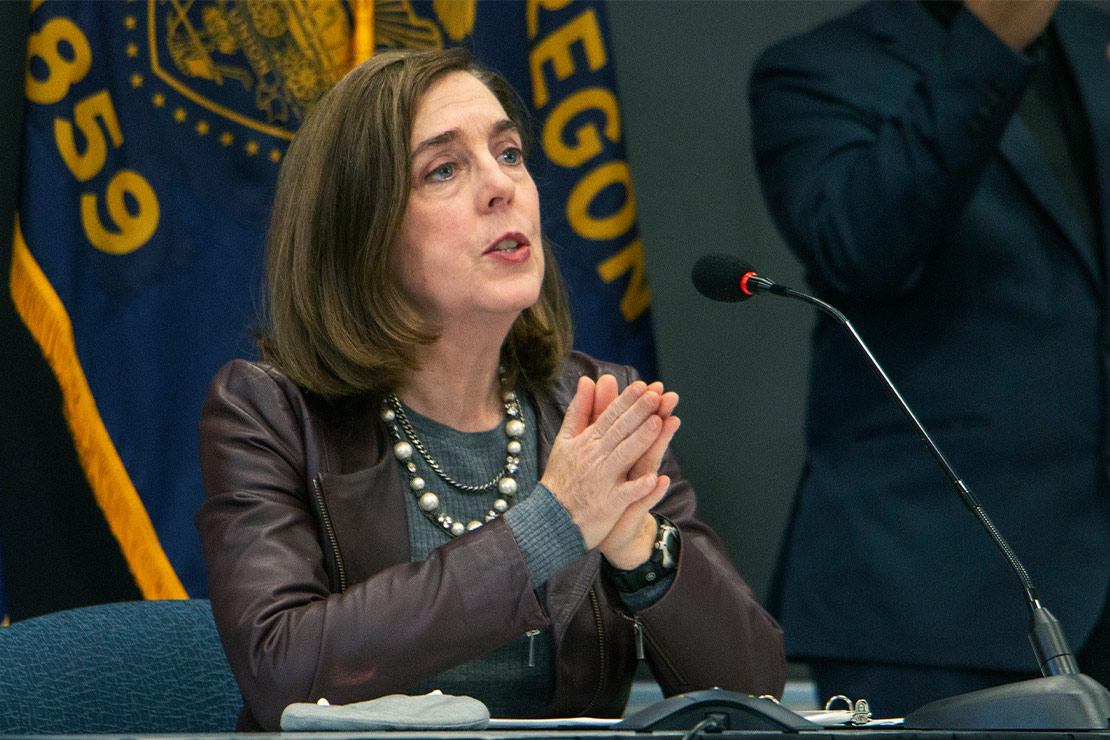 Yesterday, Oregon Gov. Kate Brown commuted the state’s entire death row. The death penalty in Oregon, as around the country, is unjust, unfair, and racially biased. Gov. Brown joins a bipartisan group of past and current governors who have used their clemency power to address systemic injustice.

“[T]he death penalty is immoral,” Gov. Brown said in her announcement. “It is an irreversible punishment that does not allow for correction; is wasteful of taxpayer dollars; does not make communities safer; and cannot be and never has been administered fairly and equitably.”

The death penalty is a stain on American democracy and represents the worst excesses of the American legal system. Capital punishment normalizes harsh sentences, perpetuates racial disparities, and wastes enormous financial resources on a punishment that is inhumane and fails to prevent violence and harm.

Clemency is one way our elected leaders can provide a modicum of delayed justice for thousands of people they are meant to serve and send a powerful message: no person is disposable.

Until the death penalty is abolished, clemency is a powerful gubernatorial tool to correct injustice. The commutation of a state’s entire death row is emblematic of how powerful a governor’s use of clemency can be, and follows other significant clemency actions taken this year.

In October, President Biden pardoned thousands of people with federal convictions for marijuana possession. He called on governors to follow his lead.

Just before Thanksgiving, Oregon Gov. Brown did just that. She issued pardons for more than 47,000 Oregonians with marijuana possession convictions under an outdated state law. In addition to sealing their criminal records, the governor will forgive $14 million in related fines and fees.

President Biden and Gov. Brown are setting an example of using categorical clemency: instead of granting clemency on a case-by-case basis, they have granted clemency to a large group of people who fit certain criteria. The ACLU has long called for a categorical approach to clemency as it allows executives to address the harms of mass incarceration and the war on drugs at scale.

At the ACLU, we launched a nationwide campaign in 2020 to liberate 50,000 people from federal and state prisons by urging executives to use their existing clemency powers for justice, and to reverse the harm of the war on drugs.

Executive clemency is a foundational principle of this nation. The U.S. Constitution grants the president clemency power, and as state executives, governors have long possessed this power as well. Clemency is a routine part of the office of the president and the governor. Not only is it routine, it’s morally right and politically popular — most voters support clemency to correct injustices of the criminal legal system.

Since most of the 2.3 million people incarcerated in United States are in state prisons, clemency from governors will have the greatest impact and begin to unravel injustice in the criminal legal system.

In the case of marijuana pardons, clemency by governors should include commutations and expungements. States that legalized marijuana have already taken action to pardon or expunge marijuana convictions.

State-level pardons and expungements will begin to confront the harm of the war on drugs and begin to make amends for the lives that have been derailed or ruined by excessive sentences for marijuana and other drug convictions.

Although more than half of the states and the District of Columbia have legalized or decriminalized marijuana, police still make hundreds of thousands of arrests for marijuana possession annually, with Black people accounting for a quarter of all drug arrests (not just for marijuana).

Black people are 3.64 times more likely to be arrested than white people for marijuana offenses, even though Black and white people use marijuana at similar rates. These numbers don’t begin to quantify the true toll of these policies on individual lives, families, and communities. That toll is incalculable.

As a federal public defender, I witnessed the direct harm of marijuana prosecutions on hundreds of people and their loved ones. First, the arrest separates the person from their family, causing emotional harm. Next, bail exacts a financial toll on the family both because of the financial burden, and because of lost wages following the arrest. Lastly, the conviction creates lifelong obstacles to housing, employment, education, and more.

We must expect and demand more from our leaders, who have the power to begin to mend the damage caused by decades of misguided and harmful sentences and policies. And our leaders must use this power in a way that is inclusive, bold, and restores justice to people’s lives. This must include providing clemency regardless of citizenship status.

Second chances provided by clemency should be available to all

President Biden’s marijuana pardon applies to citizens and permanent residents. But as has been reported, thousands of our immigrant neighbors have been arrested and convicted over the years near the U.S.-Mexico border for marijuana possession under federal law. For immigrants, marijuana possession can result in deportation or family separation.

Clemency exists because we get things wrong as a nation — our governments adopt ruinous policies and harm the people they govern. The death penalty is always racist, arbitrary, and wrong. The death penalty has normalized harsh sentences — which drive mass incarceration and disproportionately harm communities of color, especially Black communities. Clemency is one way our elected leaders can provide a modicum of delayed justice for thousands of people they are meant to serve and send a powerful message: no person is disposable.

As Gov. Brown has shown, executive clemency means choosing mercy over retribution, and redemption over damnation.

Article originally published on www.einpresswire.com as From the Death Penalty to Marijuana, Clemency is a Tool For Justice