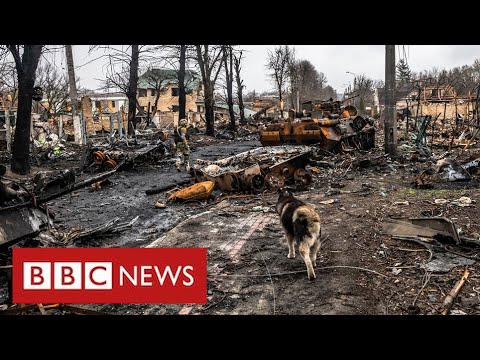 The Ukrainian government says it fears that many more civilians may have been killed by Russian forces in towns around Kyiv, before they retreated further east.

It follows the discovery of many dead civilians in the city of Bucha. Ukrainian human rights workers believe that hundreds more people may be buried in a mass grave near a church in the city.

And in the nearby town of Borodyanka the authorities fear that hundreds of people are buried beneath the rubble of apartment blocks.

Borodyanka suffered some of the worst destruction of towns around Kyiv, with civilian apartments destroyed by air strikes and shelling.