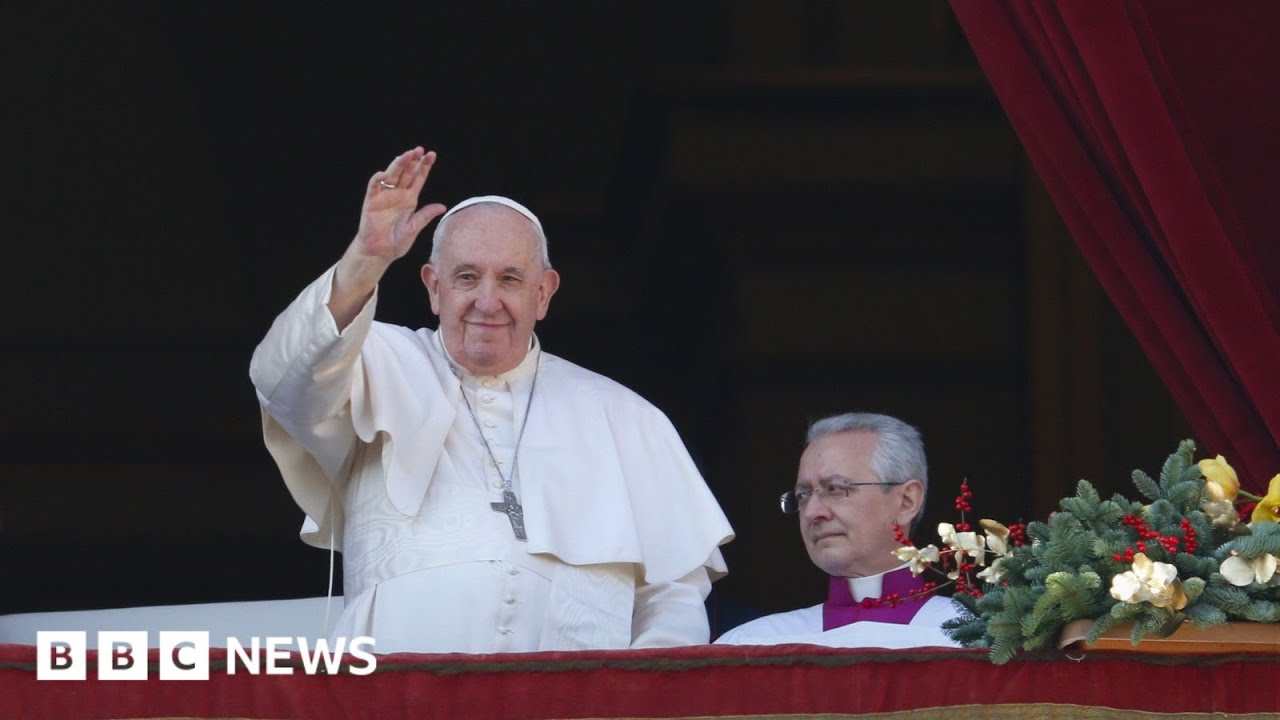 Pope Francis has said the world is suffering from a “famine of peace”, in his annual Christmas Day message from the Vatican.

He called for a end to the “senseless war” in Ukraine, condemning what he said was the use of “food as a weapon” of war.

Ukraine shipped about 30% of the world’s wheat and prices have jumped since the Russian invasion in February.

It was Pope Francis’ 10th Christmas Day address since he assumed the papacy.

While the war in Ukraine occupied much of his 10-minute speech, he spoke of “a grave famine of peace also in other regions and other theatres of this Third World War”.

He singled out conflicts and humanitarian crises in the Middle East, Myanmar, Haiti, and the Sahel region of Africa.

FACT SHEET: In State of the Union, President Biden to Outline Vision to Advance Progress on Unity Agenda in Year Ahead