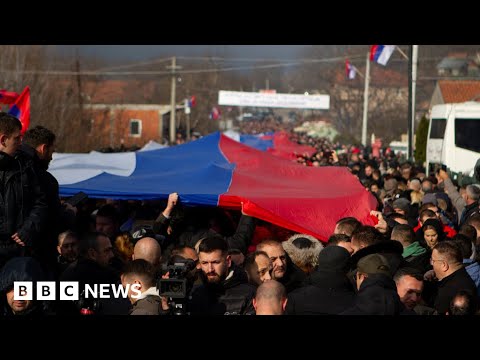 The Serbian army has said it’s at its “highest level of combat readiness” following weeks of escalating tension between Serbia and Kosovo.

Belgrade has accused Kosovo of plotting “terrorism against Serbs” in areas where some 50,000 ethnic Serbs live.

In return, Pristina says Belgrade is behind “paramilitary formations” that set up roadblocks in majority Serb areas of north Kosovo on 10 December.

In 2008, Kosovo declared independence from Serbia, however many countries, including Russia and China, do not recognise it.

The European Union has been attempting to mediate, calling for “maximum restraint and immediate action”.