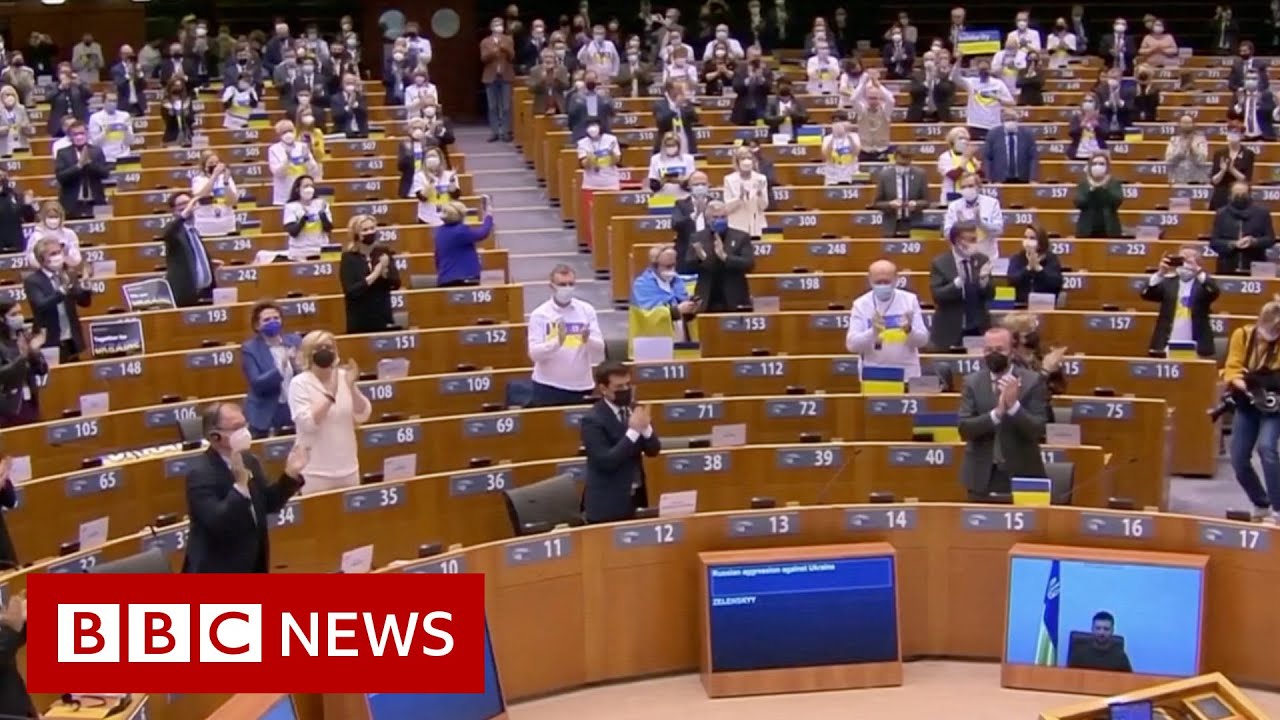 Ukraine President Volodymyr Zelensky was greeted with a standing ovation as he addressed the European Parliament today.

He said that he was ”happy that we have unified today, all of the members of the European Union,” but that it was a very high price to pay.

In contrast, there was a mass walkout from the UN’s Human Rights Council when Russia’s foreign minister addressed the meeting.

In his speech he accused the Ukrainian government of playing “dangerous games linked to plans to acquire their own nuclear weapons”.