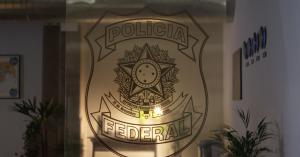 The campaign is already in use among Brazil’s Federal Police for distribution within Brazil. It will be shared with INTERPOL in six languages.

When we assess the public’s understanding of human trafficking and consider actions that can be taken to ensure disruption of this crime, we know that general education must play a central role.”

COLORADO SPRINGS, CO, UNITED STATES, December 14, 2022 /EINPresswire.com/ — Global anti-trafficking nonprofit The Exodus Road, in collaboration with the Brazilian Federal Police, LATAM Airlines, and Cellebrite (Nasdaq: CLBT), will launch a video campaign on December 14 to educate law enforcement and the general public on the dark reality of human trafficking crime. The campaign features a short film that shares examples of common human trafficking situations – the sexual exploitation of a 13-year-old girl who’d been promised a modeling career, the purchase of a three-year-old boy to pose as a stranger’s child while illegally entering the U.S., organ trafficking, forced sex acts with children in online exploitation and more.

The campaign’s goal is to educate the public to recognize human trafficking, so they can aid police in finding survivors and stopping traffickers. As of 2022, the International Labor Organization reports that nearly 50 million individuals are affected by human trafficking worldwide. Despite its prevalence, many people remain unfamiliar with common indicators of the crime.

“When we assess the public’s understanding of human trafficking and consider actions that can be taken to ensure disruption of this crime, we know that general education must play a central role,” said Cintia Meirelles de Azevedo, Brazilian Country Representative for The Exodus Road.

The awareness campaign centers around the short film told from the perspective of a Brazilian Federal Police officer. Produced by Tear Filmes, the video draws attention to “Dial 100,” Brazil’s Human Rights Hotline operated 24 hours a day, seven days a week. The service is free to use and allows ordinary individuals an opportunity to report suspected human trafficking that they witness or experience themselves.

Frederico Ferreira, Chief Head of Service for the Repression of Trafficking in Persons and Smuggling, said:

The crime of human trafficking has no place in our world. Nevertheless, it affects nearly 50 million people across every country, including right here in Brazil. The Brazilian Federal Police remains committed to combating this crime. In order to bring attention to the realities of human trafficking, we’re partnering with The Exodus Road, an international nonprofit actively supporting intervention operations in our country through the provision of technology and training for law enforcement. Human trafficking happens every day, and ending it will require each of us passionately committed to the fight against it.

The Exodus Road combats human trafficking through intervention, training, education, and aftercare services in six countries around the world. In 2021, The Exodus Road partnered with Cellebrite (CLBT), a global leader in Digital Intelligence (DI) solutions for the public and private sectors, to launch TraffickWatch Academy: Brazil. The 8-module training curriculum for law enforcement has already impacted the rescue of 164 survivors of human trafficking and the arrests of 20 perpetrators within the country.

“Cellebrite is grateful to support The Exodus Road and the Brazil Federal Police in their mission to end human trafficking,” said Eduardo Negreiros, Head of Sales in Latin America for Cellebrite. “Educating the public is critical to help eliminate the terrible practice, and we believe this awareness campaign will draw much-needed attention to combat these activities. We’re pleased with the success of TraffickWatch Academy: Brazil and are always willing to provide the necessary technology solutions to the Brazil Federal Police and The Exodus Road.”

The awareness campaign will begin distribution through the official social channels of the Brazilian Federal Police, the Brazilian Ministry of Labor, The Exodus Road, LATAM Airlines, and Cellebrite in December 2022.

About The Exodus Road

The Exodus Road is a global nonprofit disrupting the darkness of modern-day slavery by partnering with law enforcement to fight human-trafficking crime, equipping communities to protect the vulnerable, and empowering survivors as they walk into freedom. Working side-by-side with local staff, NGO partners, and law enforcement worldwide, The Exodus Road fights to liberate trafficked individuals, arrest traffickers, and provide restorative care for survivors. Since its founding in 2012, the organization has assisted police in the rescue of more than 1900 survivors and the arrests of over 1000 offenders, numbers that grow almost daily. The Exodus Road’s approach to freedom incorporates intervention, training and education, and aftercare efforts.